Doing this ‪#‎loveyourspousechallenge a little differently. (Mainly because there are not enough pictures of Jared and me together to do the full number of days) I’ll post Facebook status updates from our four years of marriage instead.

This is a status update two weeks after our wedding:

Picking out advice clips from our wedding for our photo book. Can’t decide which is the best:
‘Be careful with all the advice you get. You do what you have to do.’
Or
‘Be tender always.’

Yeah, not sure I’ve followed either one. The other day, our harvest helper pointed out that I roll my eyes a lot when Jared talks. And there was that conversation a few weeks ago when Jared point-blank said I’m a nasty person to be around these days.

I wasn’t always, though:

That was after our cross-country road trip the summer after we were married. To this day, it’s our favorite thing we’ve done together. We learned a lot about each other during those few weeks, including that Jared’s a terrible fire starter, I like to drive too, and we can have lots of fun even if we fight about being lost 90 percent of the trip.

As much as I love Jared and the adventures we’ve had, I’ve been a reluctant participant in the whole marriage institution:

Officially changed my name. I feel like I need to have a wake.

I still am sad about giving up my maiden name (and was known to use it as my byline sometimes even a year later). I moved to Montana and then to Oregon, chasing a career with it as my calling card. Then I’m supposed to change it to my husband’s because that’s what society tells me I should to? Uh uh.

In the end, it was more important to Jared than to me that we share a name. So I compromised (and kept it as my email).

Our life is crazy and we have to be able to laugh at ourselves. I know I’m being crazy when Jared uses his fourth-grade classroom management voice. Sometimes the crazy doesn’t stem from me, though.

It’s a good husband who listens to you scream over the phone while you flail away with the broom trying to hit the bat who won’t leave the house. (I finally gave up and went outside. And let me tell you, there are plenty of mosquitoes outside. Don’t know why the stupid bat wouldn’t go eat them instead of terrorizing me.)

Sometimes (usually because of all the crazy) life wears you thin, like when a newly pregnant and barely functioning me wrote:

After crawling into bed at 11 last night, Jared says: Did the flowers get put in water? (He brought flowers home to say happy anniversary).

No, I said. Will you be mad if I don’t get up to put them in water?

No. I’ll just make fun of you. I bring flowers home and you kill them, he said.

Reflecting, we’ve realized that big moments were even bigger than we than we knew at the time:

Christmas, birthday and anniversary presents for the next 30 years!

Two years after we got married, we bought a house, which symbolized us being grown ups. It was the house we would bring our daughter home to and it was the house whose mortgage, coupled with daycare costs, would push us into a different house and a totally different life on the farm.

Now we’re in the throes of the big adjustment to farm life, which has tested both of us and our patience with each other.

Bottom line, though: We love each other, all the mess included; and I’m pretty damn lucky.

Happy Father’s Day to this man, who has worked harder for and given more to us in the past year than I have given anyone in my lifetime.

Things change quickly around here, including what needs to be done at any given minute.

Because of the fast pace, you often get thrown into new situations without much training.

You’ll figure it out, the guys say while my sister-in-law and I roll our eyes.

For example: I’ve recently graduated from driving the tandem truck to a semi, or in reality, the guy who usually drives the third semi left for a few days and the yield was high enough that they needed all the semis running.

This was the result the second day when I turned too sharply to line up with the auger … and it happened directly next to the main drag so everyone else hauling wheat got a front-row seat to my embarrassment. (Hence why I’m posting it here; everyone’s seen it already anyway.)

Surprisingly, I was more upset about it than my brother-in-law. A wrench fixed the tarp holder on the truck. The stairs still don’t look so good but no one’s fallen through yet.

Then, when all the guys were helping to fight a fire and not answering their phones, I realized wheat was pouring out the side of the bin in which I was dumping.

Jared’s grandpa happened to drop by to see what I was up to after I stopped it with duct tape. (Duct tape fixes everything, right?)

Do I keep dumping, I asked him, mildly panicked.

Sure enough, it worked and I’m still shaking my head in amazement that somehow, with all the things that go wrong and don’t work properly, we manage to harvest at all.

A fire that spread to our pasture prompted my brother-in-law to take a break from the harvest field and fly over to make sure none of the cows had escaped the downed fence.

Luckily for me, he took me and my camera along. 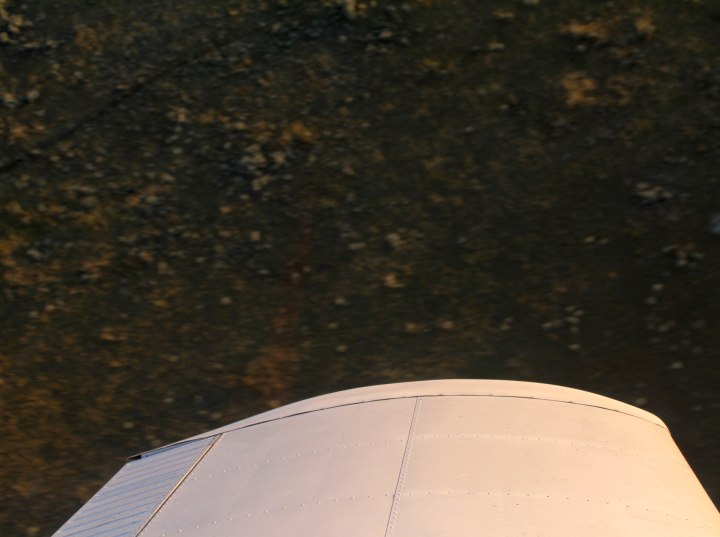 About the fourth tight turn, he asked me if I was getting sick. Luckily (for him) I wasn’t, because the view was spectacular and I probably would have thrown up before I said anything if it meant we would have landed. 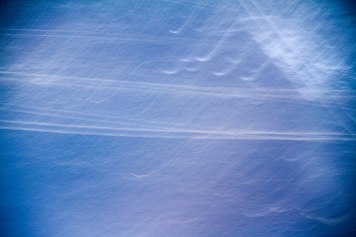 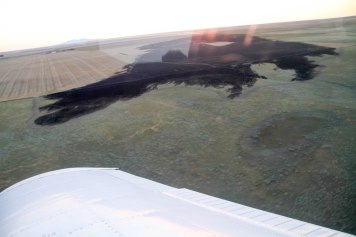 That’s the actual fire that was north of town.

We also circled south of town and buzzed over the crew. 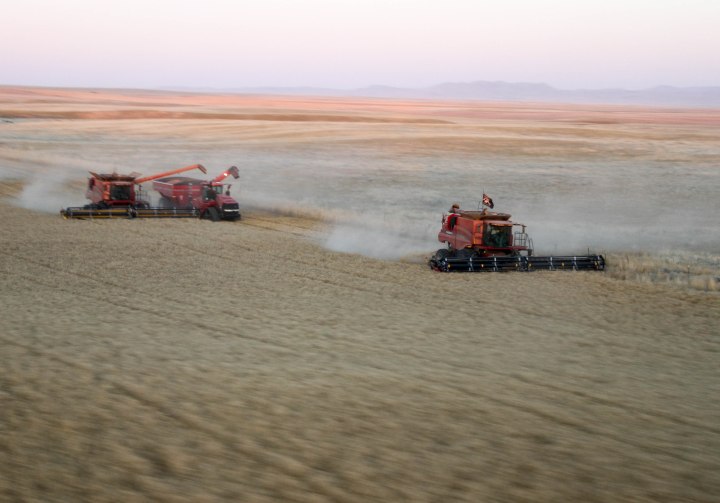 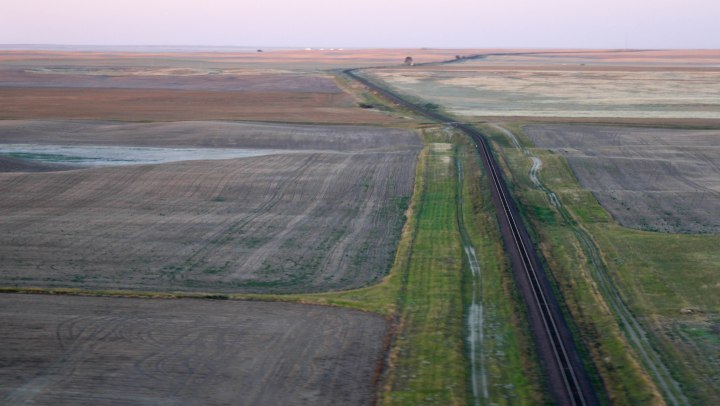 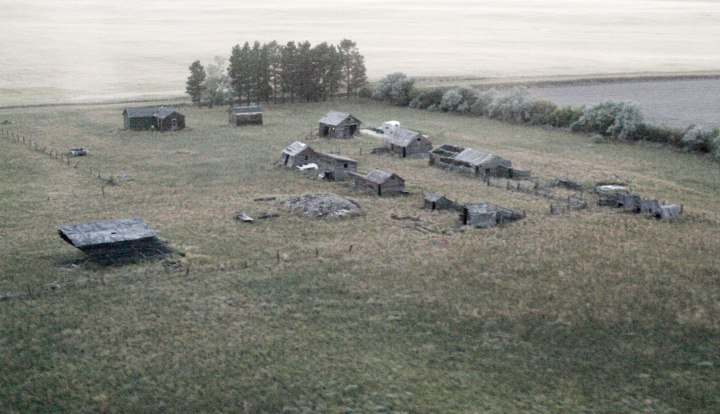 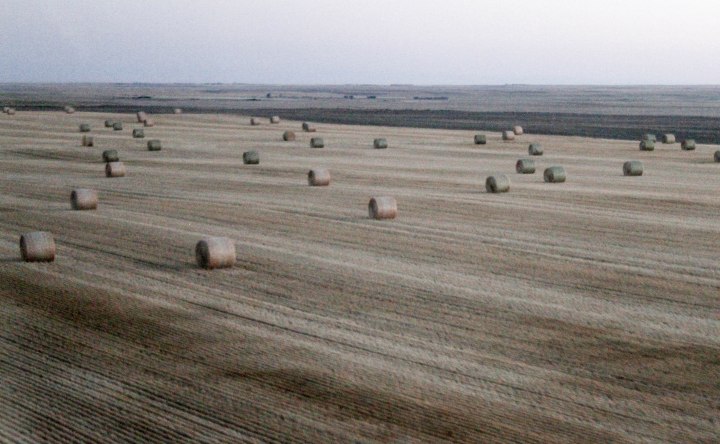